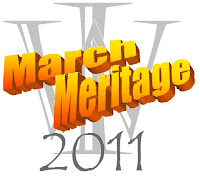 Competition was fierce in the Golden Mile Bench conference in the first round. #1 seeded Fairview Cellars 2008 The Bear edged-out #4, Hester Creek 2007 The Judge, in a battle of wines with "the" in the title.
In the second match, triple overtime was needed in order to proclaim a winner in the hotly contested face-off between #2 seed Cassini Cellars 2008 Maximus and #3 seed Tinhorn Creek 2007 2Bench Red, with the sold-out 2Bench pulling off the upset.