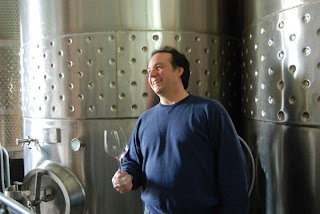 As Charles Herrold transitions from full-time winemaker and co-owner of Langley's Blackwood Lane Winery to his new role as consultant for the firm, his exit will be best characterized as a shuffle, rather than a sprint. A specific succession plan has not yet been enacted and Herrold will continue as consultant until such a time as the winery finds, or develops, a suitable replacement.
In the winery's cellar sits several years worth of his wines patiently waiting to be released including three vintages of their flagship Bordeaux-style blend "The Reference" (the 2007 is soon to be bottled; the 2008 is blended and in barrel, the 2009's components are aging separately in barrel). The 2010 harvest and crush is still under Herrold's guidance and the winemaking will continue to follow the script he's developed over 20 years of experience. 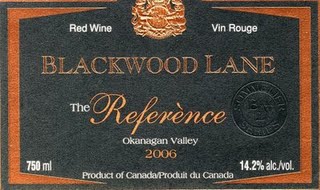 Herrold has been increasing his holdings and connections in Washington state over the past several years and will be focusing more time on his yet un-named proprietary lable of premium, small-lot wines. Releases under this new lable will include a familiar, Reference-inspired blend of all five Bordeaux varietals (est. 500 cases), a small release of Petit Verdot (est. 50 cases) as well as two signature Washington state varietals: Syrah and Sangiovese (est. 100 cases each). It is, as of yet, unknown if the wines will become available in BC upon release.

As for Blackwood Lane, the stewardship of the brand will remain under the direction of majority owner Carlos Lee and will continue to focus on both ultra-premium releases like The Reference and mid-range wines like Vicuna Roja. The winery has recently purchased vineyards in the Osoyoos region which will give them greater control over quality and they will continue to develop their Langley property's vineyard potential.