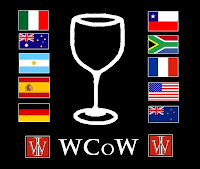 To celebrate the 2010 World Cup of Soccer in South Africa we are hosting a few nation VS. nation competitions of our own whenever two major wine producing countries meet.

Match 7 has Spain facing off against Germany in the semifinal to decide who will face Holland in the finals. The theme for the match is Budget White wines and both countries produce a wide selection. Germany's budget wines are often produced in a off-dry or even semi-sweet style and come from the Rheinhessen where yields are very high. Spain's budget whites are less easily typified and come from all over the country due to inexpensive land and labour (relatively speaking). The two wines we selected for the match-up at under $10 and offer good typicity for the theme. 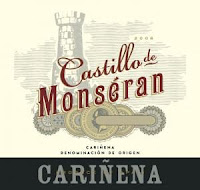 Germany's Wine: Blue Nun Qualitatswein
Region: Rheinhessen
Cost: $9.99
Alcohol: 9.5%
Notes: Off-dry, blend of Silvaner and Muller-Thurgau. Notoriously known as a cheap, pure quality wine, popular in the 70's. Modern example is well made with modern techniques. Simple, far from complex, but not the swill of old. Matches many dishes.

Despite the fact that the modern-day Blue Nun is miles better than the sweet, 70's export favourite, in this match-up is loses out to the Spanish Viura - an echo of Germany's performance on the pitch. The Spanish wine, for the price, offers excellent concentration and expression of the hot, arid terroir it comes from.
- Liam Carrier

Next Match: We'll switch gears for the World Cup Final on Sunday, July 11th and have the Dutch face-off against the Spanish in a battle of beers. Stay tuned.
Email ThisBlogThis!Share to TwitterShare to FacebookShare to Pinterest
Labels: Germany, Spain, WCOW, World Cup of Wine