From the winery's press release: 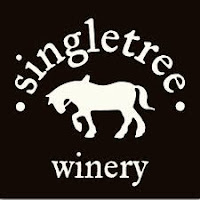 The property they purchased was formerly called Ledlin Family Vineyards and had been open at 1435 Naramata Road, for less than a year before being purchased by the Etsell family for an undisclosed amount.

With some minor renovations to take care of over the coming months first, the Etsells hope to have Singletree Naramata Bench ready to open in time for the summer touring season. They received the keys over the past weekend and were delighted by how friendly and welcoming the Naramata community is already.

Singletree Winery opened in Abbotsford in 2015 after the Etsells decided to expand upon their family's farming operations and make the move into the wine industry. The winery is named Singletree after the single harness yoke which was an essential tool for pioneering farmers from all over the province.

In under three years the winery has established itself as a leader in the Fraser Valley winery community, where they offer a focused lineup of estate-grown wines, and red wines made from grapes grown in Naramata. By purchasing the property in the Okanagan, it allows them to be closer to the vineyards there and also reach wine loving customers in a different part of the province.

"It's a thrill to be able to open a tasting room where we acquire some of our fruit already," remarked winemaker and second-generation owner Andrew Etsell. "The reception has been incredible for the fresh, juicy Fraser Valley white wines we produce, and the luscious reds we make from Okanagan fruit," he continues. "We are excited to offer our whole lineup of Singletree wines to Naramata locals, and visitors too."

As the family has just received the keys and have renovations to make, there are no current photos of the new property. The winery invites people to follow their journey on social media and to sign up for their newsletter at singletreewinery.com to be in the know for all of the winery's official activities.